The COVID-19 protocols are in full swing here in the United States. Since this caused WV’s first ever Wild & Weird Con to be postponed until November 7, 2020, I decided to adjust my writing schedule. Gray Barker’s Book of Monsters – Volume Two will be placed on the back burner for now.

I have promised myself and my readers an illustrated reboot of the Impworld/Otherworld Saga, so I began working on the books that comprise Jarrod Seventhborn’s arc, which I’m dubbing Godspell. Godspell is literally the main thread of the saga, so I want to make sure the first trilogy is right before I start work on the others, even though technically the Dreadknights (Ogress Bloodskull’s arc) and Soulbright (Copper Gallows’ arc) threads come first.

I added a “The Story Thus Far” feature to the beginning of Godspell #2 and #3. I may or may not keep this feature, but it’s helping me determine what needs to be added to each book to make them independently coherent.

Each book will have both a series number and a number for the individual arc. For example, Luckbane will be Soulbright #1 but I/O Saga #3 after the reboot. This way you can either read each character trilogy in order or read the books in their intended order for the series.

As far as the first three books of the series are concerned, they are simply awaiting illustrations and a quick run through to make sure my character arcs and individual story arcs are still intact. They are:

As you can see, the major things left to do are finalizing four or five book covers, creating interior illustrations for all 9 books, finishing the ending of two books, and editing the entire I/O Saga Etiology Ennead (my personal nickname for this first trio of trilogies).

Until we reach The Last Door, 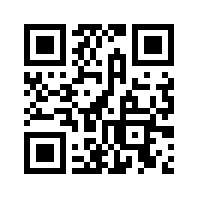 Other ways to connect

Or find us on